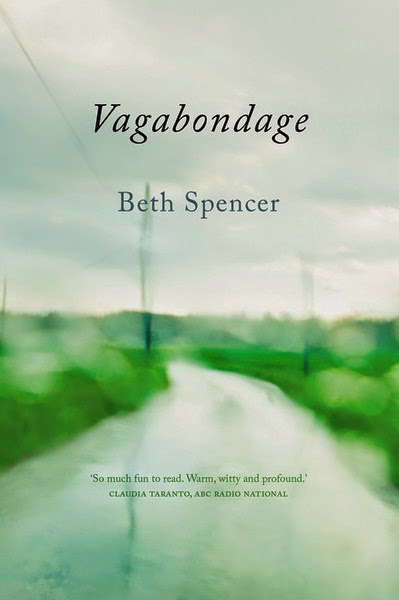 
At Anglesea Park my new friends
invite themselves to lunch
but don't bring a thing.
(Where's the manners in that?)

Their eyes follow each loaded fork
but when I offer carrot and salad,
after an initial flurry of excitement, they decline.

They peer shyly across the wooden picnic table
leaving me to carry the bulk of the conversation.

Then one gets up on the table top showing off
orange dancing shoes. Another ruffles a white pelisse.
A third creeps a little closer, confidingly,
on the seat beside me (enthralled by my story).

I had the good fortune to be on a panel with Beth Spencer at the
Newcastle Writers Festival recently. Oh, it has been so many years
since we were at the week-long Five Islands Press workshop down in
Wollongong. And an equal joy to read her new book 'Vagabondage'
(UWA Publishing) which is as light as a breeze, and dark as a buried bone,
and it tells you the whole sad story – without boring you for a minute.
Quite a feat that. Quite a coup. My only conundrum was which one to
choose for my blog. Spoilt for choice. Couldn't pick between them.
So I went for a trip to Frankston to take my library books back and
told myself something would happen that would help me choose.
And there was a woman in a car with the window rolled down and a tub
of hot chips – and a hundred hundred avian friends clustering around.

Now available as a kindle ebook at Amazon -- http://www.amazon.com/dp/B00URD7558
Or visit Beth's website at www.bethspencer.com
Posted by Jennifer Compton at 6:24 AM 2 comments: 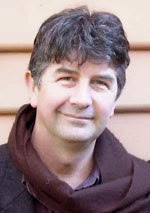 When he read the poem in the room above the stairs

1.
When he read the poem in the room above the stairs,
the walls had been repainted and a new skylight put in.
As he looked to see that his pages were in order,
he noticed old photographs of people – older poets
that he had once known – had been removed,
and a glass-topped bench with vases on it.
The approach from the lane, a mirror still on the stairs,
and when he glanced, had hardly recognised himself.
As he began to read, the poem had stayed
exactly the same as always, not a comma or a character
or pause had ever been replaced. And, as his voice
rose to meet it, he realised how little ever changed.
He was still himself, for better or worse. As always,
the audience sat courteously, still listening, and fragile.
Whether full or empty, the room was just a room.

2.
When he read the poem in the room above the stairs,
he imagined it was full of blind people, and it was hard
to read their expressions. So many dark glasses, black
as the shiny coffee served here. He rubbed his eyes.
He knew he'd have to discard the poem he once thought balanced
and complete, and continued in a brave, quiet panic.
At which point the room filled with light, which dazzled
off the walls and lit up cups. It shot sharp lances
from the sides of things, so intense it made his eyes well
with tears. He thanked the room, which had shrunk in the glare
to the size of a pinhole. Putting the thought away, he smiled.

3.
When he read the poem in the room above the stairs
people felt they could hear things they had forgotten.
As he read, and they listened, his voice reached out
across the space, or was suspended in the air. Beyond
the room, he remembered wind and rain, sighs shot through
with longing, sounds climbing like some impossibly high staircase
of emotion, that was not his and seemed to belong to no one.
The audience, in contrast, heard sounds of journeys never made.

As he read, all these things could slip away, back into silence:
they were accounted for, and finally done. The poem returned
to absence where words had been, a listening without regret.
So he raised his voice, and looked down where a girl
was doodling the word more in a cold winter's morning.
But it was summer now, and the room flashed past, shuddering,
as if at speed, merging into other words not yet written.

He read until the poem was entirely given away. At the end
of this, he knew it was not raining outside, and could not be.
He would always be in this room. Had always been, forever.
Beside him, another self sat and wondered. At last, he sipped
his coffee, sailed out, still listening carefully. Below the stairs,
out in the air, found the marvellous street and sun.

I didn't know this poem was by John Jenkins when I first read it.
I was judging the Melbourne Poets Union's annual competition
in 2013 and of course I was looking for a winner. There were
five or six contenders, but this poem bent me all out of shape
with its magic, and the more I read it, the more it thrilled me.
So easy-peasy, I had a winner. And then I found out it was by
John, who I had met here and there around the traps but I
wouldn't have said I knew him, or his work. Now I know him
a lot better.

For his bio and poems from his most recent book Growing Up
With Mr Menzies (John Leonard Press 2008) check out this link.

Posted by Jennifer Compton at 8:39 AM No comments: 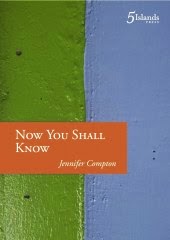 It's a sport — she said.
Don't plant it near the blue
it'll breed back.

She shrugged. It'll breed back
anyway, they always do.
One season wonders.

I put it in a splendid isolation
game and pink and different
not as leggy as the blue.

Next season there were some pinks
scruffy and thwarted, then
they were gone. I couldn't keep them.

But, as my son said —
Bees can fly over the house.
Down the line

one petal, small as a baby's toenail
pink as
in a thrusting vernacular of blue.

My new book Now You Shall Know from  Five Islands Press is out
and we kicked our heels up at the launch at Collected Works in
February. What surprised me is the young members of the editorial
team seemed to quite take to my gardening poems in the last section
called - ... somehow urgent. And then I read this one at the Ron
Pretty Poetry Prize award night, and it went down quite well. In fact
I had discussions with several people about gardening in general
and forget-me-nots in particular. Of course I should have mentioned
in the poem the impudent way a forget-me-not will latch seeds onto
your socks in pursuit of its territorial imperatives.
Posted by Jennifer Compton at 7:02 AM 1 comment: